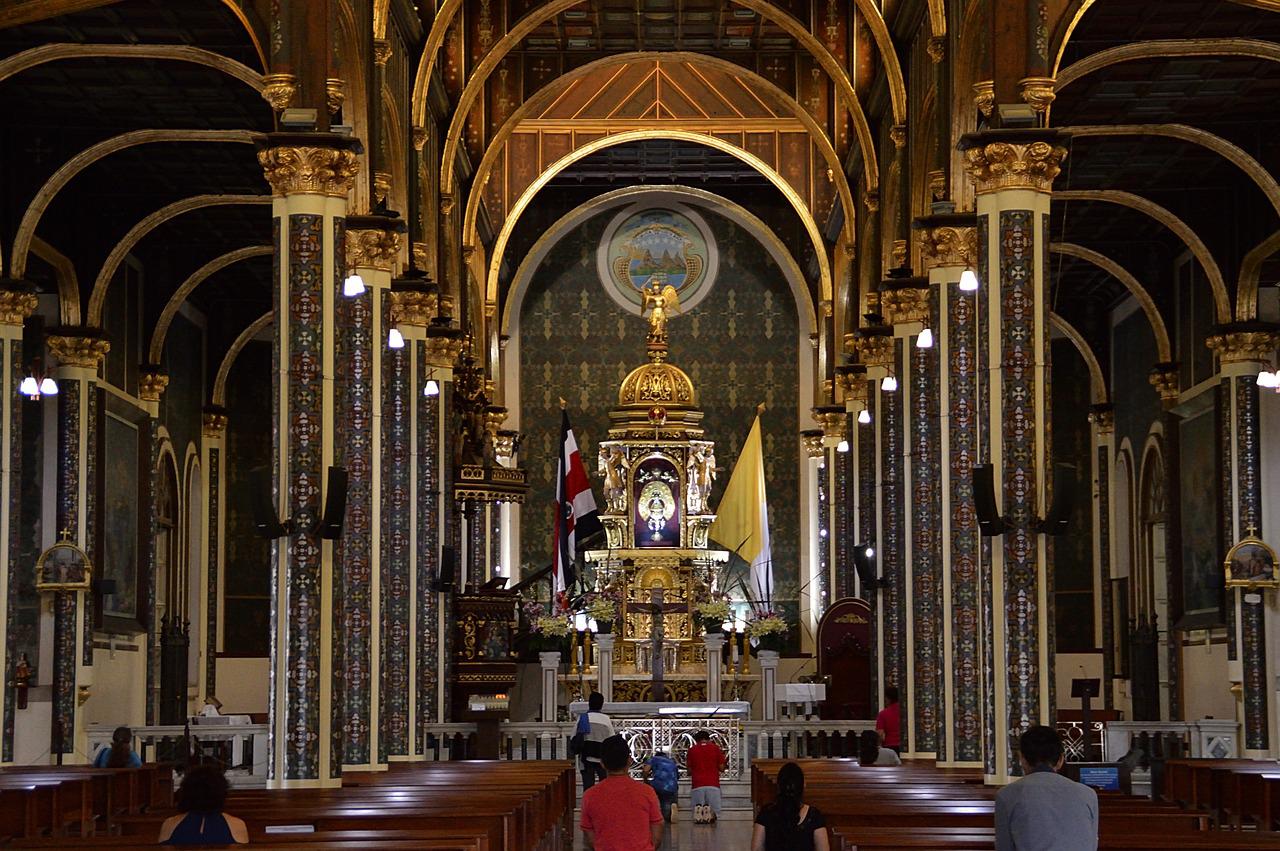 Costa Rica is a Catholic country. It’s one of the very few confessional states left in the world. There have been 3 unsuccesful attempts in the last 10 years for laws that turn the country to a secular state because the majority of the population in Costa Rica is Catholic. 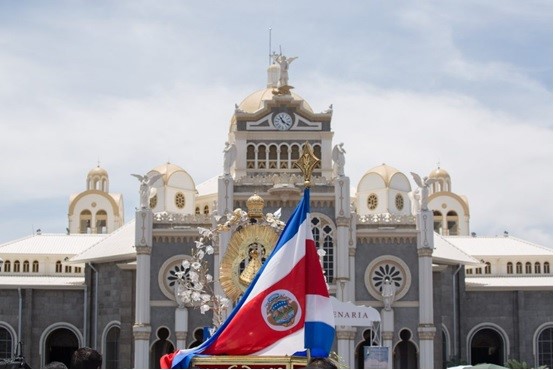 Under these circumstances, eventhough if the catholic church is supported by the majority of Costa Rica, all religions, cultures ethnicities and personal beliefs are respected. It is also prohibited by the Constitution to use religion for political or propaganda purposes.

This is due to inmigration from all over the world to Costa Rica. It has been said that more or less than 80 religions exist and they all can be found somewhere in Costa Rica.

Here is a graphic with religion data from 2015 to analyze the different dominant religions in Costa Rica: 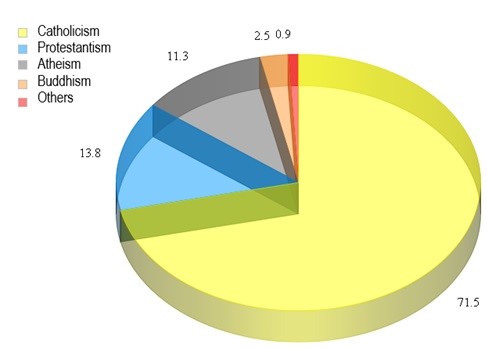 Later in May 2021, UCR updated the statistics but it’s very surprising how religious tendencies have changed in 6 years.

This religion was born in the United States in the 70’s and had expanded operations everywhere, including Costa Rica. For preachers, speakers, evangelists and prophets it has been wildely diffused and their use of massive communication media to reach as many people as possible.

The Government has done a great job by subscribing to most of the international Human Rights agreements in many aspects including Freedom of Worship.

Costa Rica doesn’t have laws against any religion. However, churches of every other religion but catholic have to be registered with the Ministry of Finance as a private institution and pay the correspondent taxes in order to function publicly as a certified entity (purchasing or renting places, salaries for employees, signing contracts and more).

Also, weddings in Costa Rica not officiated in the catholic church are not valid and they need a civil process with a public attorney to be legal.

Now, talking specifically about work laws, we have an instrument called “Código de Trabajo (Work Code)” that compiles every law created regarding worker rights and obligations. Our official holidays are catholic. If someone has different religious holidays, the employer has to give those days off by swapping them for other holidays or reduce the days of accumulated vacations. Employees wanting to do this need to get a signed letter from the church where they assist.

Preachers, speakers, missionaries and such can be requested internationally through the Ministry of Exterior Relationships and Worship.

We, as a developing country, are trying our best to be respectful about all religions and we need to protect the right of freedom for every single person in Costa Rica.

Costa Rica's coffee is loved and recognized worldwide. The country exports the finest coffee to...

When you see a picture of Costa Rica, you see this sunny day at the beach portrait. We do have that...

It is inevitable to contemplate Costa Rica without thinking about the beautiful beaches that might...