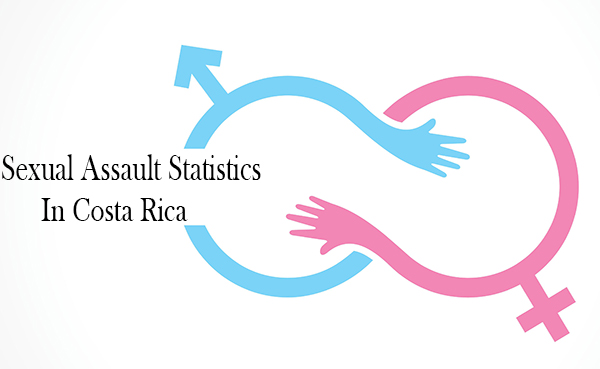 In 2020, sexual violence represented 5.3% of the total of legal complaints in Costa Rica.

Here’s a graphic about which genre has the most reported cases of rape and sexual violence where gray are women, orange are men and blue are unknown.

Studies have shown that 1 out 4 girls and 1 out of 8 boys will experience some kind of sexual harrasment before they turn 16 years old. 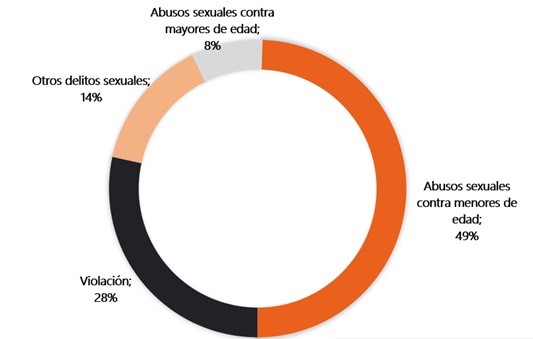 This is painful to write but Costa Rica was ranked on the 8th place with the highest rates of rape according to the World Population Review. Reviewing the numbers, this means that almost 18 persons are denouncing sexual felonies per day. 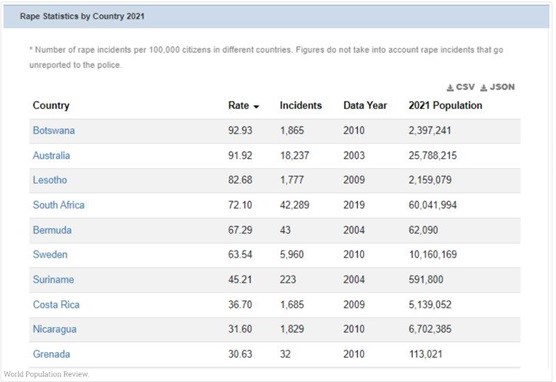 Not all sexual crimes are denounced, when they are, not all go to court and if they do, not all end in conviction. This kind of process can last anywhere between 6 months to 5 years, depending on the circumstances. Women in poverty conditions are more vulnerable to be attacked. Most of the time, the aggressor is someone in the victim’s family or a family’s friend and that’s why a lot of them don’t come forward.

It’s alarming: In Costa Rica, even if men are the ones commiting most of suicides, women are making 60% of suicide attempts and it all comes back to sexual abuses. NIH has confirmed that risk of suicide attempt is 8 times higher for a victim of sexual abuse. In fact, in an investigation placed in Mexico by a Psychiatry Institute, they discovered that 67% of the victims, sexual abuse survivors, were diagnosed with PTSD, depression, suicide and suicide attempts, headaches, stomachaches, sexual disfunctions, addiction to drugs and alcohol and such.

Another thing that is really worrying is that there has been reported an increase of 40% for teen pregnancies related to improper relationships (this is when a minor has a relationship with a legal adult at least 7 years older).

Even if in 2021 there was a decrease in the numbers of sexual crimes, we still have a lot to cover to make our country a safer place. Unicef is clear by saying that the first thing we need to do about it is to be able to speak and make victims feel comfortable for them to share their experiences. Also, there’s got to be social education for people not to shame the victims and to believe without excuses their versions of the story, which is very difficult in Central America where patriarchy is still so strong. Abuser´s best friend is silence and it’s up to each and every one of us to break it.

In 2022, a new president was elected in Costa Rica, he has made promises to focus on women’s rights and attend gender violence. We hope the government makes the necessary adjustments to have better news the next time.