Real Estate in San Mateo. The little town of San Mateo is the capital of the canton of the same name, in the province of Alajuela. In the 1700s, a road was being built between Cartago to Caldera, passing through Esparza. In 1867 because of the coffee route, the famous oxcarts trail between San Jose and Puntarenas, the traffic of the road became more abundant; the San Mateo church was built and soon enough a little village started to grow in its surroundings until it became San Mateo as we know it today. This road is now known as the Aguacate road because of the old Aguacate gold mine located in the northern part of the canton. 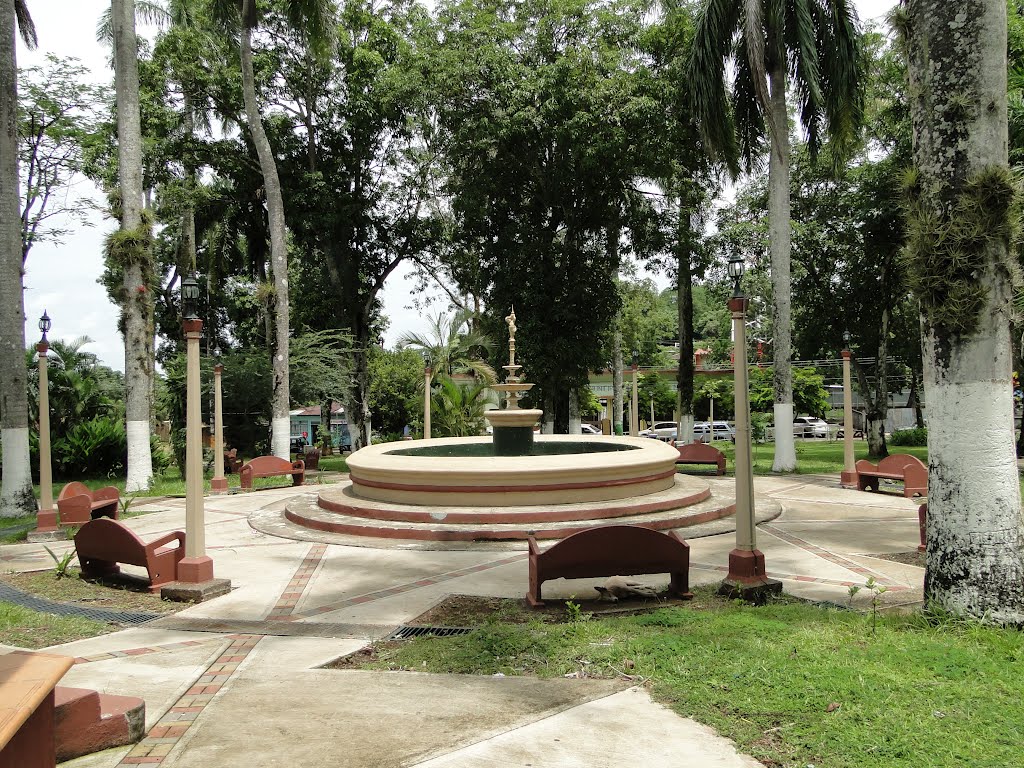 What makes real estate great in San Mateo is that is on the road to the Pacific Coast, and to the beaches of Jaco, Herradura, and Hermosa. It is just 53 kms away from San Jose, 31 kms from the port of Caldera, by the city of Puntarenas, and only a few minutes away from Orotina; a perfect location!

San Mateo, has a very pleasant climate, ranging between 26 to 27 degrees celcius and is reasonably dry. Its central plaza, in front of the church, is quite charming and peaceful, yet popular in the evening with the locals! It carries the laid back atmosphere so typical of little Latin American villages and towns.

The canton of San Mateo is not very populated. It has many quintas, fincas and haciendas scattered about, ususally the owners live in the capital or smaller cities. When you are in the area, make sure to see the Damas bridge over the Rio Jesus Maria, near Eaparza that is incicentally the oldest town of Costa Rica; this little bridge is a historical landmark.

San Mateo used to be known for its fine wood; sadlly, too much logging has led to deforestation. The canton produces sugar cane, rice and corn, however it is known for the quality of its fruit, indeed, as you drive along the Aguacate Road, you will pass many ranchos selling an incredible variety of tropical goodies!

San Mateo is a lovely, friendly little town, close to the sea and to the capital city of San Jose, set in a beautiful region, with a great climate, an excellent choice for those who seek to escape the chaos of the bigger towns!