Real Estate prices in Cartago are cheaper compared to the rest of the Central Valley. However, it can be as much as one-third lower than other areas but this can vary.
Not a lot of foreigners reside there due to the cooler climate and more rural setting.
A But many Costa Ricans who live in the area commute to San Jose due to the excellent bus service between the two cities. 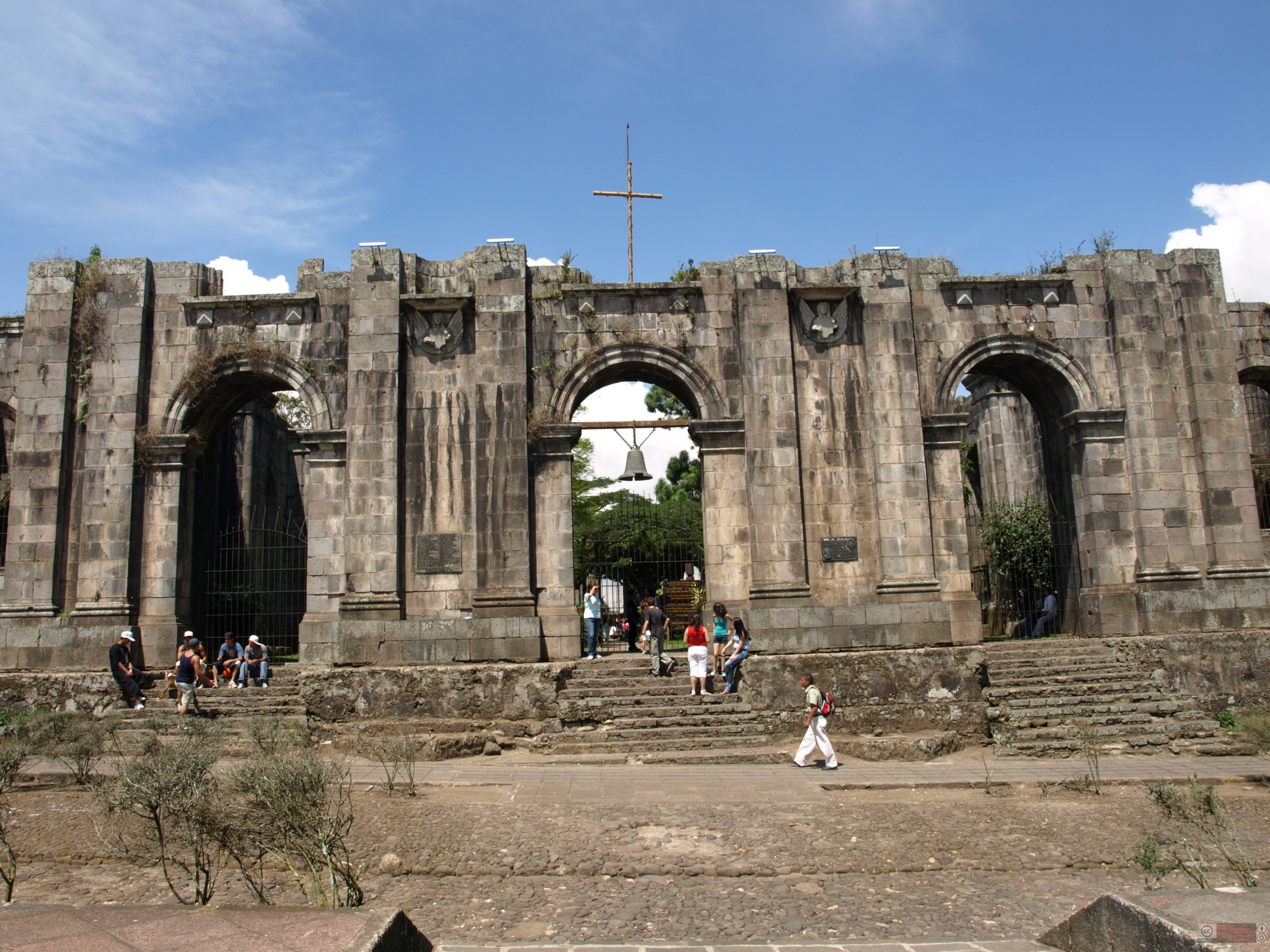 Cartago is a city with a pleasant mix of an agricultural market center, and lively student hub, with some historical homes and school buildings.
The picturesque Ruins of La Iglesia de la Parroquia is an unfinished church that was repeatedly destroyed by earthquakes, including the 1910 earthquake that levelled the city. It lies at the city’s heart in Plaza Mayor.
5 blocks east of the plaza Is la Basilica de Nuestra Señora de Los Angeles. Rebuilt after the 1926 earthquake, it is famous for its charming domes, faux-finished wood interior, and fine stained-glass windows.
The Irazu Volcano, standing at 3,432 meters and looming over the city, has great views of both coasts on clear days. It often rains after noon, so get there early and bring rain/cold weather gear.
Irazu last blew its top in 1963, forming a second crater. The volcano still rumbles occasionally. 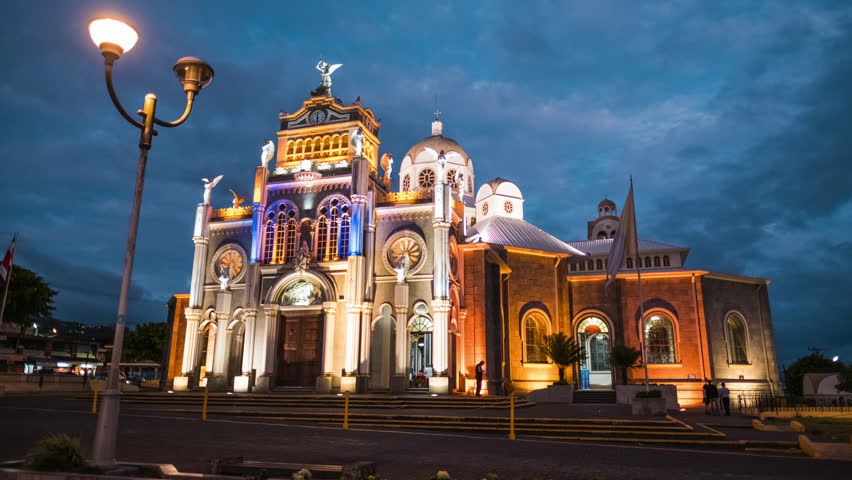 Nestled beneath towering Irazu Volcano, just half an hour southeast of San Jose, Cartago is the country’s oldest city. Cartago was the capital until 1823, and is home to Costa Rica’s national religious shrine, the Basilica of Our Lady of the Angels, Costa Rica’s patron saint.
The cathedral is the destination of the annual pilgrimage in honor of the Virgin of Los Angeles.
The pilgrimage takes place every August.
Millions of people make the journey every year, usually starting from San Jose, although there are always a few devotees that walk all the way from Guanacaste or the Southern Zone.

Compared to other areas in the Central Valley, the weather in Cartago is a little cooler and it rains a bit more due to its higher elevation.
However, the air is much cleaner and the area boasts some spectacular views.