Real Estate in Bagaces. The little town of Bagaces is in Guanacaste, about 22 kilometers northwest of Canas on the Interamerican Highway.

Bagaces is also the fourth canton of Guanacaste and it covers an area of 1273 square kilometers. It consists of a few old adobe houses, and really not much else.

Bagaces is actually the headquarters of the Area de Conservacion Tempisque and in conjunction with Minae it administers the Palo Verde National Park, the Biological Reserve Lomas de Barbudal, and several smaller and lesser known protected areas. It is also a short distance away from the Miravalles Volcano. 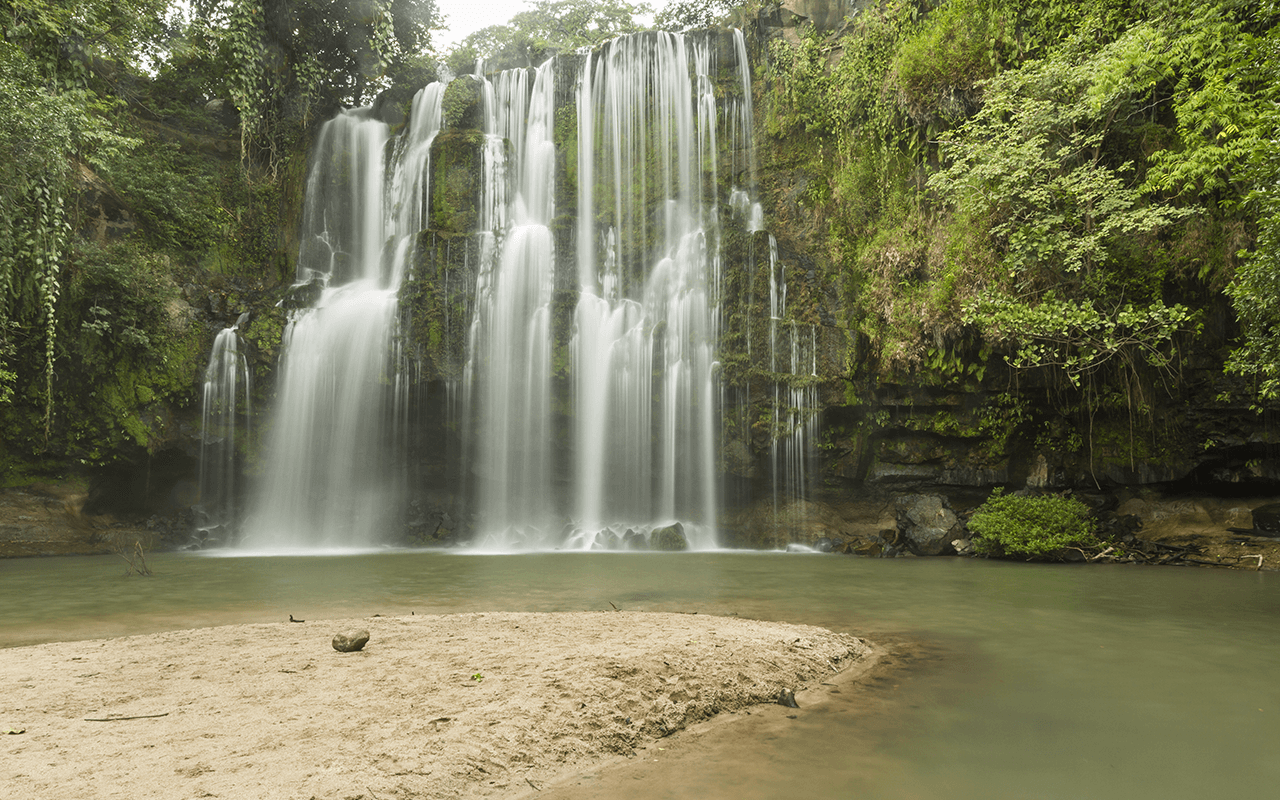 One of the main attractions of the town itself is a wonderful waterfall that is really worth visiting. You will find it 3km south of Bagaces on the way to Palo Verde, follow the signs for Llano de Cortes. There is no admission fee and it is bliss to take a refreshing swim in the crystal clear water.

Miravalles is one of Costa Rica’s most impressive volcanoes; 2028 meters high, it stands out proudly and defiantly in the sky line. It is a stratovolcano or composite volcano; is tall, conical with many layers of strata (hardened lava), tephra, volcanic ash and pumice.

The lava flow can be observed on the south western part from a small place called Las Hornillas that you can access directly from Bagaces. Interestingly, some of the oldest Pre-Hispanic archeological remains of Costa Rica were found there. It is possible to climb part of the volcano and the paths are clearly indicated.

Palo Verde is the most amazing place to watch migrating birds in this country. This is a must go, and it truly a wonder of the world with its magnificent natural beauty, tropical dry forest and wetlands.

The number of birds you see there is actually overwhelming, this is a kind of place you remember forever! The wetlands of Palo Verde are considered to be amongst the most important of Central America! Mammals are also very abundant; you will see armadillos, agoutis, monkeys, deers, jaguarondis and more!

Now you see, Bagaces is well worth a visit, for tourism or real estate business!