Most buyers of real estate in the Limon area opt for small plots of land to build their own property while others buy houses already built. Investment-wise, most big investors purchase large plots of land near the hills not too far inland. Inland, mostly cacao plantations and rainforest land can be purchased that have waterfalls, rivers and breathtaking ocean views. This type of land is a long-term investment for most people who are buying, since most of it still lacks basic infrastructure like electricity, water, and paved roads.

The other big spot for buying real estate in this area are the hills found behind the coast stretching from  Manzanillo to Cahuita. This area also has small rivers, waterfalls and spectacular ocean views 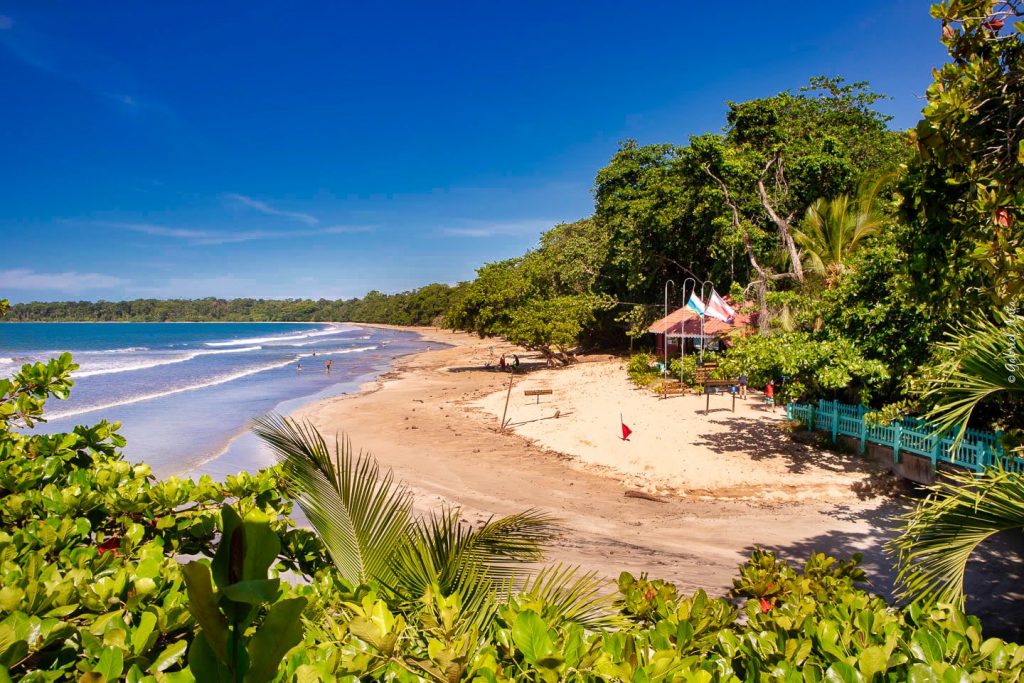 Although demand for real estate in the Limon area is not as strong as other parts of Costa Rica, enough demand has kept prices rising at a steady pace ranging from 10% to 20% annually. The kind of real estate offered in the Limon area is different than in other parts of Costa Rica. To date, gated communities have been neither successful nor necessary. Caribbean Coast expatriates prefer to live in single-family homes, and the one gated community that has been built proved unpopular as of the time of research. At least one resort is planned in the Caribbean near Limon. The resort – known as Isla Moín – is designed to be a yachting community, and if it goes through, it could change the face of the Caribbean market, making it appear more accessible to buyers who may otherwise prefer the Pacific. Any corresponding increase in demand will also impact prices.

The South Caribbean is somewhat limited as far as land availability. The Puerto Viejo area down to Manzanillo is up against the Panamanian border, which runs along the river Sixaola. A wildlife refuge in the area further restricts things. Space around Cahuita has been almost completely bought up, but there is plenty of untouched coastline running from Cahuita almost all the way to Limón. Some of the coastline isn’t yet accessible for building, but over time the area should continue to develop

The Caribbean Coast of Limon is a colorful patch in the quilt of Costa Rica. Its unique culture is due largely to a heavy Jamaican influence, resident indigenous people and the agricultural cultivation encouraged by the United Fruit Company and foreign interests. English, Spanish and Patois (Jamaican Creole) are all spoken here. Thatched huts, beach houses and colorful hammocks dot the jungles and a definite reggae beat permeates every community. The laid-back, carefree Caribbean culture is a special beach blend, and you are sure to catch the “vibe.” The area is an enticing spot for adventures, such as canopy tours, hikes into indigenous reserves and water sports. Limon is a province with several national parks. One of the most beautiful and important is the Tortuguero National Park, which has a natural system of lagoons and waterways. Also, it is home to small zones like Cahuita, Puerto Viejo, Manzanillo, Isla Uvita, Punta Uva, Cocles, and Manzanillo which are some of the most popular tourist destinations in Costa Rica

This coast was inhabited by native peoples  before the Spanish arrived in September 1502, when Christopher Columbus reached the coast of Limon, on his fourth and last voyage. His ships docked on the island Quiribrí, today called Uvita Island, which Columbus called La Huerta for the variety of flora. After two centuries of neglect, Decree 27 was issued on June 6, 1870, establishing the region of Limón. Decree 61 of July 25, 1892 gave rise to the region of Limon.

In 1871, work began to build a railway to the Atlantic to connect San Jose to Puerto Limon in order to facilitate exports of Costa Rican coffee to Europe. One year after, the first Jamaican immigrants arrived to work on the railways, bringing with them their language, culture, religion and cuisine. In 1890, just after construction, Costa Rica, for the first time, united its Caribbean Coast and the rest of the world. However, Limon was almost a separate country for much of Costa Rica’s history. Most of the descendants of the railway workers from Jamaica were not granted Costa Rica citizenship until 1949.  For the major part of the first half of the of 20th century, blacks from this zone were not allowed to go west past Turrialba. Even today, you will find many Costa Ricans who have never been to Limon due to cultural difference and prejudice. Due to this, the Caribbean culture has remained intact, with most people speaking English, Spanish and Patois

Limon weather is different from the rest of Costa Rica in that it doesn’t have a summer and rainy season. It can rain year round, but the driest months are usually in March, April, September and October. However, during the rainy months, lots of sunny days can still be enjoyed. The humidity is very high in this region, reaching sometimes in the mid 90s while the temperature averages around 86°F (30°C),  but feels a lot hotter due to the humidity